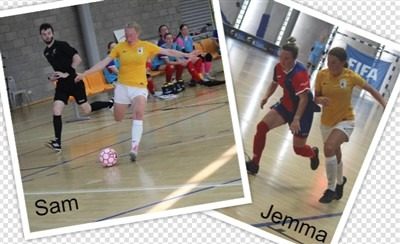 WGC Year 12’s Jemma Catherwood and Samantha Whyte competed for Capital Football in the Women’s Futsal SuperLeague national championship in the weekend.  They were the youngsters of the Capital team with no other college girls selected.  Capital finished 3rd overall.  Auckland defeated Canterbury in the grand final.