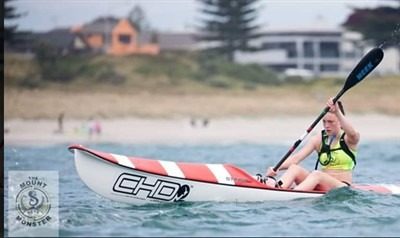 Ruby Hikuroa has had a very successful Surf Lifesaving Season where she has participated in a number of surf lifesaving competitions throughout NZ.  In Ruby’s first year as an under 19 she has made a number of regional finals and represented Wellington in the Capital Coast Representative team.